Political Violence, Extremism, and the Destabilization of Democracy: A Dangerous Rage is Sweeping the Globe – a conversation on the rise of political violence as polarization, disinformation and right-wing extremism goes mainstream 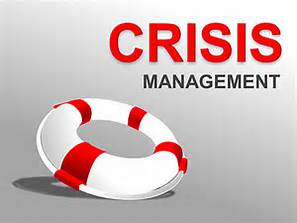 If there is one unfortunate corporate theme for defining the first 16 years of this Century, it may well be corporate greed, negligence and malfeasance[1]. Many of the biggest corporate scandals in history happened during this time period, including: Enron (2001), HIH Insurance (2001), WorldCom (2002), Freddie Mac mortgage scandal (2003), AIG accounting scandal (2005), Lehman Brothers investment bank and subprime mortgage crisis (2008), Libor (London Interbank Offered Rate) fixing scandal and Barclays Bank (2012), Volkswagen DieselGate (2015), as well as the 2008 credit markets’ disintegration that cascaded into the global financial meltdown that significantly threatened global capitalism.

With respect to the 2008 financial disaster, when asked “should somebody have gone to jail”, former U.S. Federal Reserve Chair Ben Bernanke famously said “Yeah, I think so”, stating that there should have been “more accountability at the individual level”.  The 2008 disaster required “massive government bailouts and emergency stimulus programs” to “stabilize the system” – but “only after many lost their jobs and wellbeing”.[2]

It is during these type of corporate scandals, that the impacted company’s leadership and their lawyers need to be at their best to protect the company, its brand and reputation, its shareholders, and its customers.

Crisis management is the process to help an organization deal with a sudden and significant negative event that threatens to have harmful consequences to people or property, operations, reputation, and/or the company’s financial ‘bottom line’  if not handled properly.[3]

Don’t wait until you’re in a crisis to come up with a crisis plan.

Before a crisis takes place, every company should be aware of how a crisis or disaster may impact their employees, customers, shareholders (if a public company), suppliers, the general public, and the company’s value.  Most large organizations have an overall Crisis or Disaster Management Plan already in place, but this is simply a set of general procedures that will be applied in handling, containment, and resolution of an emergency in planned and coordinated steps. It includes clear roles and responsibilities and process related requirements company wide.

If you are a corporate executive, you need to make crisis preparedness and crisis management an integral part of your business planning.

The ‘structure’ to coordinate a response to a crisis should already be in place for the company, however, the actual ‘strategy’ to be employed and implemented will depend upon the actual crisis that ultimately arises.

The focus of this article is on the type of strategy required to deal with a crisis or threat once it has arisen, with the assumption that the corporation in the crisis management scenario has been involved in inappropriate corporate malfeasance (for example, Volkswagen’s 2015 “DieselGate” scandal). This is what some experts refer to as a “core violation”, a breach of a matter that is “central to a company’s product, service and mission”. These type of company violations “pose a fundamental threat to the organization.[4]

If this type of crisis – the most difficult faced by any organization – is not handled appropriately, the very existence of the company may be at stake.  By way of example, in 2001 Arthur Anderson – at that time a ‘Big Five’ international accounting firm with over 85,000 employees – handled a crisis facing their organization so poorly that it ended with its dissolution because of the damage to its name and reputation.  Arthur Anderson was the external accounting firm for Enron[5], at that time the sixth largest company in the United States. Enron’s internal fraudulent activities (by its CEO and key executives) lead to its shareholders losing $74 billion, and its employees losing their pensions worth billions of dollars.  Although only a small number of Arthur Anderson’s employees were associated with the scandal, Arthur Anderson as an international accounting organization collapsed and all of its 85,000 employees lost their jobs.

Then the shit hit the fan.

– John Kenneth Galbraith, A Life in Our Times

Lawyers assisting their corporate clients in a crisis management situation must understand that the client is the corporation, and not individual corporate executives.  These lawyers must have the skillset required to identify, assess, understand, cope, and recommend a strategy that appropriately addresses the threat or threats to the organization in ‘real time’.

The credibility and reputation of a company is heavily influenced by the perception of the company’s timely and appropriate response during the crisis situation.

Where there is corporate malfeasance, the strategy for corporate protection and necessary rehabilitation must be implemented in a manner that the message is not lost to its audience, or appear to lack sincerity or regret.

Tell it early, tell it all, tell it yourself.

The recommendation and implementation of any particular strategy or step for a company in a crisis situation will depend on the facts of the particular legal situation, the relevant laws, and legal opinion.  Having said that, big picture, to appropriately represent a company and protect its ‘brand’ and reputation, market value, and stakeholders in this type of ‘corporate malfeasance’ crisis management scenario, you should  consider – at minimum –  the following strategic steps:[6]

In some cases, “lawyers may tell you to say nothing about something – but if you end up being excessively conservative you can end up winning in the courtroom and losing all of your customers”.[9]

Two facts have been recognized about apologies:[10]

“Core violations pose a fundamental threat to the mission of the organization. Therefore, a robust apology is critical – and a botched one can cause significant damage. A company that has committed a non-core violation has greater flexibility, though an apology may still be warranted or beneficial.”[11]

The secret of crisis management is not good vs. bad, it’s preventing the bad from getting worse.

Losing your way in a crisis (ie. deception, misrepresentation, lying, obfuscate, conceal), is a good way to become the crisis.  In the end, “reputation is an outcome; but it is also a valuable strategic asset”.[12]

A lie gets halfway around the world before the truth has a chance to get its pants on.

The key characteristic of a crisis is that it cannot be controlled, only managed, and then only if done with honesty and integrity.  The facts will come out at some point whether you want them to or not – always get ahead of the story, and frame it appropriately in your own terms.  Communication and trust are two main ingredients for a successful relationship.  “Ultimately if there is a problem that needs fixing, people will judge you more on what you did about the situation than what the situation originally was. And if you deal with an issue well, then ultimately you get credit for that”.[13]

[1] Malfeasance: illegal or dishonest activity, especially by a public official or a corporation.

[4] Harvey Schacther, The makings of a successful corporate apology, Globe and Mail, November 15, 2015; Adam Galinsky and Maurcie Schweitzer, Friend & Foe: When to Cooperate, When to Compete, and How to Succeed at Both, 2015.

[5] Enron accounting scandal: Enron was an energy, commodities and services company. It was based in Houston and was the sixth largest company in the United States. Through creative accounting, the CEO (Jeff Skilling) and former CEO (Ken Lay), with several key executives, lead the organization in its inflation of assets and profits, and concealing risky investments and financial losses.  Arthur Anderson was the accounting firm for Enron. The company’s fraudulent activities were made public by an internal whistleblower. The company filed for bankruptcy.  At that time, it was the largest corporate financial bankruptcy in the world.  Shareholders lost $74 billion, and employees lost pensions worth billions of dollars.  See, Enron Fast Facts, CNN, April 26, 2015; Chris Isidore and Krysten Crawford, Andersen Conviction Overturned, CNN Money, May 31, 2005; Arthur Andersen Reversed and Remanded, The Economist, June 2, 2005.

[6] Legal counsel should be consulted with regard to specific application of the information on a case-by-case basis.

[7] “There’s a belief that trust, when broken, can’t be restored. I believe that’s wrong and apologies are vehicles for restoring trust”: Marice Shweitzer; See, Harvey Schacther, The makings of a successful corporate apology, Globe and Mail, November 15, 2015; Adam Galinsky and Maurcie Schweitzer, Friend & Foe: When to Cooperate, When to Compete, and How to Succeed at Both, 2015. 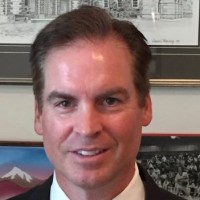 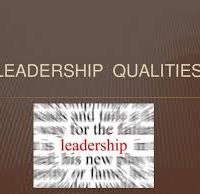 Leadership Qualities: from Wells Fargo to Donald Trump – character, integrity, and ethics are necessities, not luxuries 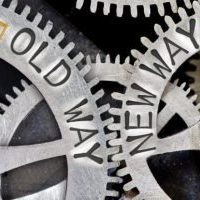 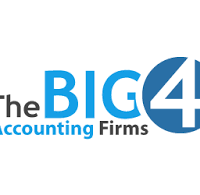